Carolyn Wonderland is one of the many world-class musicians who choose to live and work in Austin Texas. This painting shows the fiery red-head guitarist entertaining an outdoor crowd in Austin on May 19, 2007 for the Road to Austin concert, which initiated and funded the Stephen Bruton Artist Wellness Program.

The Road To Austin documentary film chronicles how Austin, Texas became the Live Music Capital of the World, dating from 1835 to present day. The film highlights early 1800s Austin, the psychedelic movement, Armadillo World Headquarters, and numerous iconic musical inflection points that shaped the American musical culture of today. Vintage photos, rare posters, and never seen before video footage are presented with a soundtrack that truly inspires and reveals why Austin is such a magical epicenter of music. This feature length documentary builds to a climax as the storyline weaves its way towards an all-star live concert.
On May 19, 2007 an unprecedented event called the Road to Austin was unveiled to an audience of 20,000 people in Austin, Texas. Led by internationally acclaimed musical director, and GRAMMY award winning producer, Stephen Bruton. The lineup was developed to include multiple genres of music, including poetry and opera. The production attempted to blend and blur this artistic diversity in order to deliver many never-seen-before collaborations. The panoply of celebrity headliners heightened the impact of the evenings apex and afforded Austin’s local artists an opportunity to have these legends accompany them during their performances. 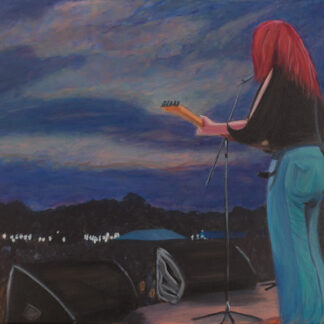