My wife and I have been running the trails around Ladybird Lake in downtown for many years now, too many to enumerate. Often we like to participate in the many fun runs helping charities in Austin, including the Capitol 10K, the Turkey Trot, and the Trail of Lights fun run, among others.

It is always a thrill for me to get up early and head downtown to join thousands of others literally in having the run of the streets. A runner gets a different perspective of the city, a slower and more deliberate view than from a car, bus or even bicycle. And there is the camaraderie of sharing the streets with other runners also enjoying fitness on a beautiful central Texas morning. Also, there are often Austin musicians performing along the trail, which is always a fun and uniquely Austin spin on the running event. 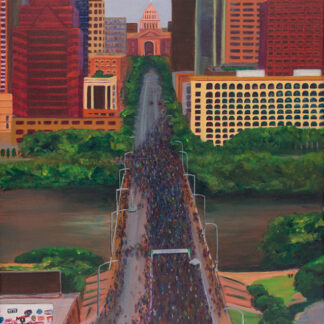