“The Outsiders” movie (1983) is based on the persistently best-selling novel by Tulsa native S.E. Hinton, which was her first book, written while she was still in high school in 1965 (the year in which I happened to have been born in Tulsa). I often make paintings inspired by movies set in Austin or Texas but as a nod to my early Tulsa roots, I made this one of the cast members of movie version of The Outsiders.

Cast of The Outsiders

Be the first to review “Outsiders” Cancel reply 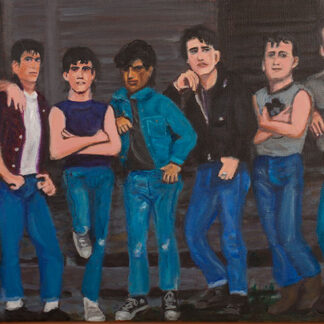