About ten years ago, I signed a contract with the University of Texas Press to author a non-fiction book to be titled “Fire in the Water, Earth in the Air: Legends of West Texas Music.” The book features my own interviews with twenty-five musicians and artists with ties to my hometown Lubbock in order to discover what it is about Lubbock and West Texas,  a conservative region known for producing an inordinate amount of musicians & artists, that nourishes the creative spirit. When the book was published we had a book signing party at Stubb’s in Austin and many musicians featured in the book showed up and performed.
Perhaps the highlight of my book signing party at Stubb’s BBQ in Austin on November 12, 2006 is captured in this moment. Jay Boy Adams is one of the musicians featured in my book, an incredible southern rock guitar player who had two albums on Atlantic before mostly retiring from performing in 1980 when he started a tour bus outfitting company which transports many of the biggest music tours on the road: Springsteen, ZZ Top, Shania Twain, Ringo Starr, etc. For many years, the Jay Boy Adams band was the opening band for ZZ Top on tours and after his set at each show, Jay Boy was Billy Gibbons personal guitar tech, keeping BFG’s guitars strung and in tune.
So the night of my book signing party, Jay Boy shows up with a full band in one of his buses, parks right outside Stubb’s. After many amazing performances that evening, murmurs go ‘round that Billy Gibbons is in the room. Bob Livingston, who was running the stage, said Gibbons wanted to get on stage and play. I said, “Let him.” Gibbons borrowed Lubbock guitarist Steve Lotts’ Strat and played one blues number with the band . I was sitting on the side of the stage dumbstruck. Jay asked me afterward what I thought; I said that, other than when I got married, it was the greatest moment of my life; truly amazing moment.
If you don’t believe it happened, here is some video from that night: 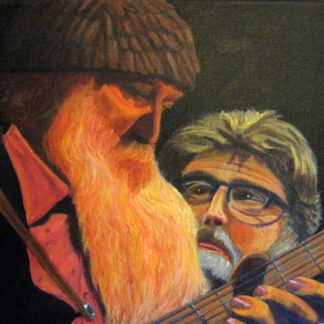