It is possible to assign colors to each note in an octave. This original abstract painting by Oglesby was conceived & painted by color coding the notes of first half of 4th movement of Beethoven’s 9th Symphony, and displaying them in the form of a traditional God’s eye design.

A God’s eye (in Spanish, Ojo de Dios) is a spiritual and votive object made by weaving a design out of yarn upon a wooden cross. Often several colors are used. They are commonly found in Mexican and Mexican-American communities, among both Indigenous and Catholic peoples.
Ojos de Dios are common in the Pueblos of New Mexico. Often they reflect a confidence in all-seeing Providence. The spiritual eye of the Ojos de Dios is thought by some believers to have the power to see and understand things unknown to the physical eye. During Spanish colonial times in New Mexico, from the 16th to the 19th centuries, Ojos de Dios (God’s Eye) were placed where people worked, or where they walked along a trail
The Ojo de Dios or God’s eye is a ritual tool that was believed to protect those while they pray, magical object, and an ancient cultural symbol evoking the weaving motif and its spiritual associations.

“Ode to Joy” is the English name of a German poem by Friedrich Schiller best known for its use by Ludwig Von Beethoven in the final (fourth) movement of his Ninth Symphony , completed in 1824. 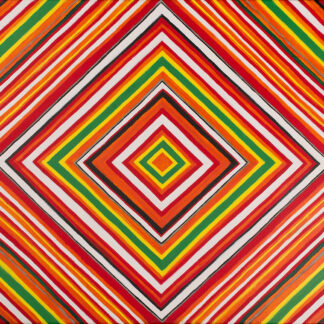