Floyd & the Mother of Invention

Brad Pitt as Floyd with his Honey-bear Bong

One of Brad Pitt‘s earliest and briefest roles in a movie was as Floyd in “True Romance” (1993) written, but not directed by, Quentin Tarantino.  Floyd appears as the innocent unsuspecting roommate of Dick Richie, friend of anti-hero Clarence, (Christian Slater), and his young wife Alabama (Patricia Arquette), when some bad guys burst in to spoil Floyd’s party on the couch. Floyd has fashioned a bong out of a honey-bear squeeze bottle, and even politely offers the goons a bong hit. 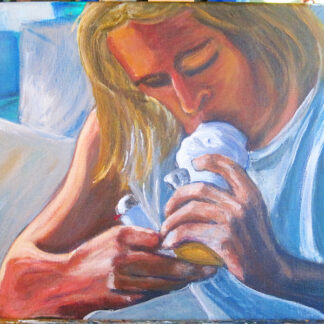